Adding to the list of plaudits the project has already received, the multi-million pound refurbishment of the University of Leeds’ School of Chemical and Process Engineering was awarded the much sought after Collaborative Working accolade.

Completed in September 2017, the scheme was delivered in an impressive 24 months by SES, main contractor, Galliford Try and their respective supply chain partners, as part of the university’s staggeringly ambitious £520m programme of estate improvements.

During the project a key challenge to overcome was the need to meet with the university’s desire that the faculty should remain open to maintain critical laboratory space used by occupiers such as the MOD. This coupled with an array of hidden challenges thrown up by the outdated 60s building, particularly a high concentration of asbestos, meant the project would prove to be logistically complex.

Through integration and intensive collaboration, the team effectively delivered a project which commenced with 12 contractual phases, 12 commissioning periods and 12 handovers, but did in fact become 20+ phases under a single contract.

Meanwhile, as the design and a clearer understanding of the occupiers’ needs evolved, SES and the team also responded to 600+ project manager instructions/variations and still managed to deliver the project on time.

“This project is a perfect example of how a collaborative approach is an extremely effective and successful way of working and that’s not only my opinion, thanks to the plaudits the project has received, it would also appear to be that of the judges representing the industry who have seen fit to single the scheme out.”

“Once more, I would like to thank the teams involved for going the extra mile and achieving such an excellent result for the University of Leeds.”

To date, the School of Chemical and Process Engineering refurbishment has won the prestigious Chair’s Award in The RISE Awards 2017 which, each year, rewards the most pioneering initiatives in research, innovation, sustainability and enterprise (RISE) and was Highly Commended in the Constructing Excellence Yorkshire and Humber’s Integration and Collaborative Working category. 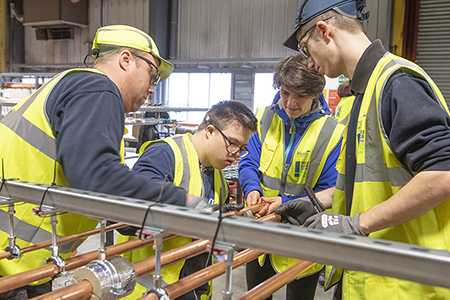 Leading national engineering specialist SES Engineering Services (SES) opened the doors of its award-winning offsite manufacturing facility, Prism to students from Applefields School, York to help encourage them into a career in engineering. 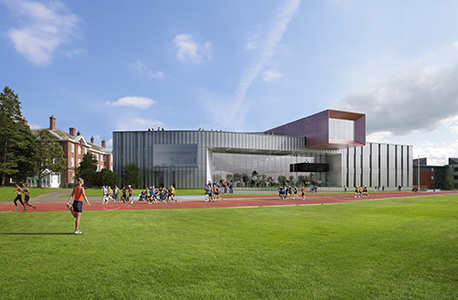