SES Engineering Services (SES) was awarded an £18m contract by main contractor, Galliford Try in spring 2015, to provide a range of mechanical and electrical (M&E) building services on the schools in Alnwick, Bedlington, Longbenton, Seaham, Hetton-le-Hole and Guisborough, as part of a £150m contract awarded by the Education Funding Agency (EFA), one of the Government’s privately financed batches in the Priority School Building Programme (PSBP).

SES’ early involvement in the scheme, coupled with its industry-leading ‘build-before-we-build’ approach, was undoubtedly pivotal in the team’s ability to successfully achieve simultaneous delivery of the six major projects totalling 48,092 sqm.

Each two-storey facility, which has been traditionally built using a steel framework and brick, is shaped like an ‘E’ with a main dining hall and sports hall facilities at the spine of the building, and classroom and technology blocks extending at right angles off these common facilities. However, there is one exception which is Laurence Jackson School, whose existing sports facilities have been fully refurbished to bring them up-to-date and in keeping with the new building.

Whilst the need for simultaneous delivery certainly presented SES with some challenges it also presented them with some opportunities to demonstrate why they are a leader in M&E installation.

Tackling the challenges head-on, SES hosted a number of workshops with Galliford Try and the other project partners. As a result, SES was quick to identify a host of commonalities across the buildings which enabled them to work closely with the rest of the team to devise a detailed delivery and installation programme.

A key element of SES’ plan was to produce all the required pipework and containment at its innovative offsite manufacturing facility, Prism.  In total, 240 six metre modules were manufactured and delivered to site when required, saving both time and cost as well as ensuring accuracy using the BIM model.

Mobilising labour across such a wide geographic area also proved a challenge for SES who used their own directly employed labour force and established supply chain of local sub-contractors to complete the 170,000 man hours needed to deliver the six schools.

As a result the region now boasts six new secondary schools, which have benefitted not only from a truly collaborative approach adopted by all project partners but also from SES’ use of innovation and commitment to value engineering, to ensure that all the buildings would meet with the EFA’s requirements set out in the Priority School Building Programme.

Delivered on time and to budget the project, the first of the PF2 batches procured under PSBP to reach completion, has already received industry recognition, winning Constructing Excellence North East’s BIM Project of the Year.

“The Priority School Building Programme has been a new build project which has replaced a number of outdated buildings, transforming and enhancing some key education facilities across the North East. Thanks to our extensive experience of the education sector, combined with that of our sub-contractors, such as SES, we have delivered high quality and best value learning environments that support improved educational achievement.

“The project has demonstrated how collaborative working delivers the best results.”

Leading engineering specialist, SES Engineering Services (SES), has announced the completion of MEP works on the impressive Creative Arts building in Leeds City Centre, which has a development value of £80m. 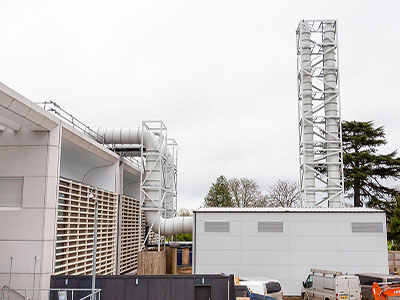 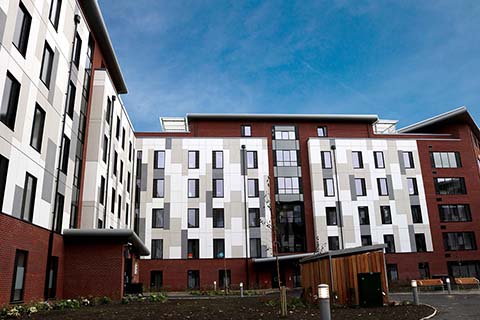 As the student accommodation sector continues to be a source of new work for leading national engineering specialist SES Engineering Services (SES) who were appointed by main contractors Sewell Construction completed a £6.5m contract at the University of Hull.