As we mark Armed Forces Week, culminating in Armed Forces Day on 27 June, we join the country in celebrating the vital work of our military personnel. We are proud to have been able to support their work, not only through the construction of specialist facilities for the Services, but also through training, careers support and opportunities for service leavers as they transition from a military life to Civvy Street. Steve Renwick, SES' Senior Project Engineer shares his experiences of life in the Army and the Army Reserve. Blog 23 June 2020

Having worked directly in the construction industry for the past 38 years, many new people I meet are surprised to hear that it has not been my only career. However, before joining SES Engineering Services (SES), I actually spent 10 years in the Army, both in the regular and army reserve, of which I am still a member now.  I have served all over the world from the frozen north of Canada and Norway to the deserts of Afghanistan, and I have also served in Germany, Cyprus, Gibraltar, Holland and Belgium. 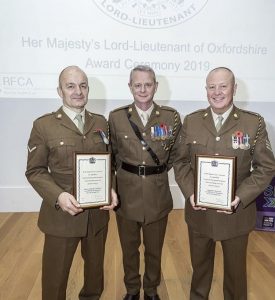 During my time in the Army I also undertook two tours of Afghanistan with the Gurkhas, once in 2009 and again in 2010.

In 2015 I was also presented with the Volunteer Reserve Service Medal and in 2019 the Lord Lieutenants Award for Services as a Defence Chemical Biological Radiological and Nuclear (CBRN) Instructor. 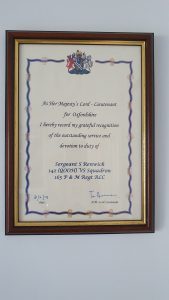 Additionally, I’ve been a member of The Army Reserve since 2002 – I was keen to do something a little different and I wanted to work with vehicles, so I chose to become a Vehicle Specialist within the Reserves, which means I am qualified to drive, operate, command and maintain over 20 types of vehicles – from quad bikes to tanks. I am also an instructor and teach cross country driving, as well as a Skill-at-Arms Instructor, CBRN Instructor, qualified diver and parachutist.

While I was on leave, after my return from Afghanistan in 2010, I was approached by a manager at SES who asked if I’d be interested in joining the firm as a Project Engineer. While I’d had experience of working in the construction industry before – my stepdad was a builder, who I used to help on weekends as a teenager, I had also qualified as an electrician after leaving the army and later I became a site engineer. However, after learning more about SES, how respected and well organised the company was, I knew that this was the type of company I wanted to work for.

Ten years later, I’m now a Senior Project Engineer at SES. I’ve been able to work on some truly technically complex projects which I’m really proud of including Apex I, Apex II, Citylabs, Liverpool Library and E.ON CCHP, and I’m so glad I made the decision to join the SES business. There’s many interchangeable skills with both the military and construction, such as being able to interact with lots of different people and the banter between teams. They are equally highly structured and organised, making it a great choice for veterans once they leave the military. 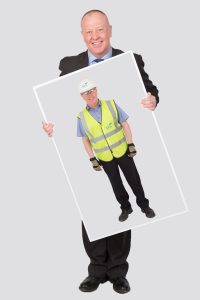 SES has fully supported me in continuing to be part of the Army Reserve, providing me with additional days leave for my mandatory military training. This has enabled me to continue doing what I love and learn new skills in the Army, while still carving out a civilian career. I’d highly recommend this approach for anyone who has left the military or who is thinking about leaving to achieve the best of both worlds.